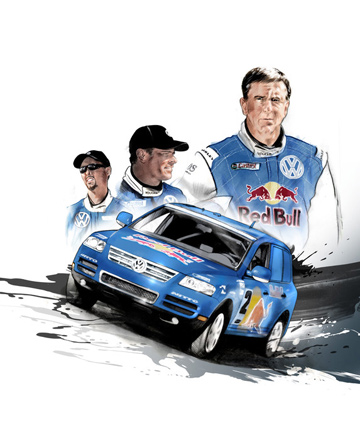 Patrick started his career as a freelance designer after gaining a Degree in Graphics and Illustration with Commendations for Print Making at Kingston University (London) in 1998. Patrick has done high profile work for global clients including: Transport of London, Cingular, Starbucks, Bacardi, ...

Alex Williamson was born in England in 1973 and now lives and works as an illustrator and Graphic Artist in London. Alex Williamson has a BA Graphic Design (printmaking) from Leeds Metropolitan University and an MA in Communication Design from the RCA. Alex creates original artwork using cut-out, ...